When life doesnŌĆÖt seem fair, when everything you touch seems to crumble before your eyes, what do you do? Do you shout and scream? Do you crawl in the darkest corner of your room and cry? Or do you fight back, forget what has happened and start again?

Rewind back to 2004 when Dr. Jitender AggarwalŌĆÖs life and career, took a completely different turn. He started losing his vision due to a non-treatable concern- Macular Degeneration of retina and suddenly his career and life came to a halt. But he knew he canŌĆÖt sit and mope.

"My vision was diminishing, but I kept on believing - it is the challenges only that strengthen you." Says Dr. Aggarwal. He learnt medical transcription and tried working out on everything that would come to his knowledge to support his family.

One day, a thought dawned on him. "Weren't there, many others like me grappling with many disabilities? I had some kind of financial backup, several others didn't. CouldnŌĆÖt I help a few others pick up what I was doing? People gave them charity, some even trained them but no one empowered them find sustainable jobs".

On his quest to break barriers, Dr. Jitender Aggarwal founded Sarthak Educational Trust for people with disabilities in July 2008, with the aim of making lives of persons with disabilities Sarthak (successful), enabling them to become Masters of their own Destiny and finding its own success in theirs. It wasnŌĆÖt an over-night thought, but a combination of personal loss and empathy towards fellow people with disabilities. As in his wife, Dr. Suman AggarwalŌĆÖs words- ŌĆ£With Adversity comes an opportunityŌĆØ, and our founder made sure to mold it in the best way possible.

Since last 14 years, Sarthak is committedly working for the people with disabilities, their families and communities to create sustainable change and make an inclusive India with equal dignity & respect for Divyangjans. Today we can say that Sarthak is a young yet successful NGO working towards mainstreaming Persons with disability. Having an inclusive workforce , Sarthak team understands what it takes to ensure that no one is left behind. Programs and services have been designed to ensure that a large group of youth with disabilities is able to access quality skill education and training opportunities.

With its Interventions, Sarthak has trained and placed more than 46,951+ and 31,286+ PwDs. respectively In addition, 3159 and 525 children with disability have been also rehabilitated through its 'Early Intervention' and 'Inclusive Education' initiatives, Empowered 1 million people in various ways and aims to create sustainable employment opportunities for 0.1 million young people with disabilities.

An India where PwDs live
with dignity

To establish Sarthak Aadarsh Kendras across the nation

Sarthak is aimed towards carving an equal stature for persons with disability by providing them a platform wherein, they have equal access to opportunities and resources.

A: Approachable: We will make ourselves approachable to all PwD through digital and physical means, as applicable

R: Respect: We respect individuals as they are

T: Trust: We believe in human values rooted in trust and affection

H: Honesty: We work with a sense of purpose and enthusiasm

A: Alumni: Our alumni is our family! We want to make it bigger everyday.

K: Kindness: Whatever we do, will be based on kindness towards the people we serve

Giving Wings to Dreams (An Article Published in Dignity Dialogue) 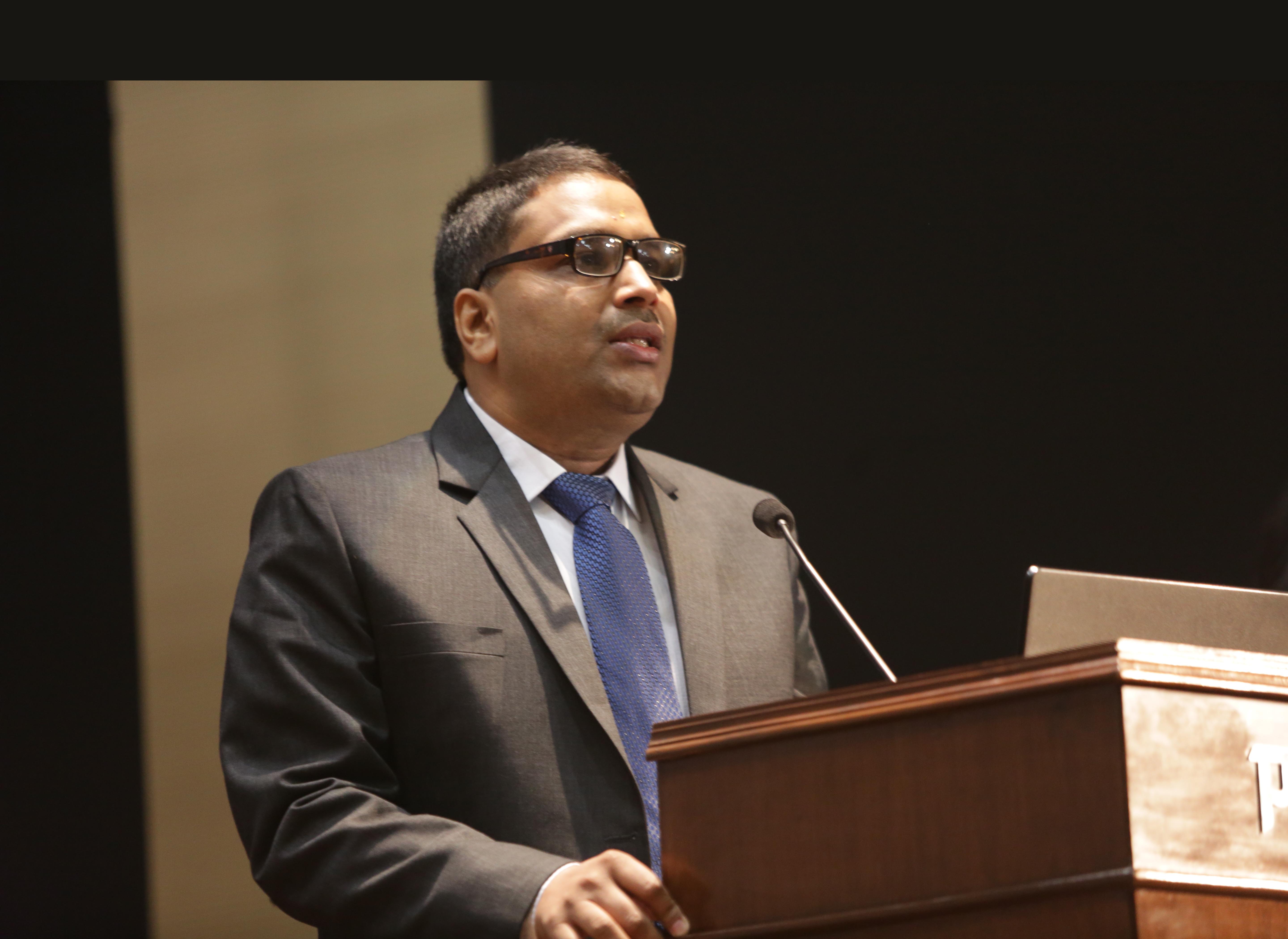 Days merged into nights and the phone wouldnŌĆÖt stop ringing. With two dental clinics to manage in West Delhi between him and his wife, and a three-year-old to come back to, life was as perfect as it could be. ŌĆ£At least that is what I thought,ŌĆØ Dr. Aggarwal says with a smile.

But the best was yet to come his way, like Dr Jitender Aggarwal puts it. In 2004, while he was examining a patientŌĆÖs mouth, it seemed blurry. He adjusted the light overhead, but it didnŌĆÖt help much. Must be the exhaustion of the extended hours, he decided and began the next day, just like another. Till he noticed his vision still seemed cloudy. The ophthalmologist confirmed that ŌĆśmacular degeneration of retina, which was to slowly but surely result in vision lossŌĆÖ had set in his eyes. ŌĆ£I did not know what hit me. The day passed in a hazeŌĆØ, he recalls. How would their lives pan out, he wondered. What about his work? The old lady, whose root canal had two more sittings left. How would he look in a beard, if he couldnŌĆÖt shave, how would he drive to his clinic? These and a million other questions crowded his mind. Perhaps the diagnosis today was just a bad dream? May be he would wake up the next morning and everything would be just fine.

Sadly, it wasnŌĆÖt so. He was angry, utterly dejected, irritable, sometimes all of this and much more. Born in a small Haryana village, in a family of small shopkeepers, he had worked hard, attended Dental College in Karnataka, set up a successful practice, married another dentist, opened a second clinic and the couple had become sort of celebrities back home. And, now this! ŌĆ£Why me?ŌĆØ he often wondered. Next two years, were the toughest of his life. From being a recluse to shouting sprees to becoming suicidal, he went through it all. ŌĆśIt was like I was in the middle of a storm with something new hitting me each time. It is not easy to see something so precious slipping away. I felt so helplessnessŌĆØ he says honestly.

Looking back, he canŌĆÖt thank God for making him go through this phase of life.ŌĆØIf I hadnŌĆÖt lost my vision, I would still be examining peopleŌĆÖs mouth and seeing the filthŌĆØ he chuckles. ŌĆ£Surely, God had a plan for meŌĆØ he adds. What he does now, he says, is so much more important. You get a better sense of it when you see it for yourself in the eyes of Reena Chaterjee whose son works as a delivery boy at Flipkart. He canŌĆÖt hear but can lip read with perfection. Or in the bright orange nail paint of visually impaired Neetu who works as a therapist in a posh office at Gurugram. "It is brilliant to help the ladies relax while I help them with a shoulder and neck massage. It gets tiring to work on computers for them, all day, after all" she smiles. Then there is a handsome young man, named Shadab who is riddled by Polio but his sharp mind helped him get a job as an accountant at IBM. These and are just some of the many who have been trained at Sarthak, that has helped over 20,000 people with "disabilities" not just get trained but also find jobs. Some with five star hotels, others with MNCs or at leading retail groups. All of this says Dr Aggarwal happened because he lost his eyesight. ŌĆ£Today I am so thankful to God that it happened because if it didnŌĆÖt, how could I help so many people lead a life of dignity? I was living in my own world and now here is this new world where every little thing that I am able to do for someone, means so much more,ŌĆØ he says with a Zen like persona.

But how did the transformation from the frustrated young doctor grappling with a sudden physical challenge into a patient middle aged social entrepreneur happen?

Gradually of course. ŌĆ£After I was done feeling angry and frustrated, seeing my wife run the clinics while managing our son, I knew I could not sit and mope. So I decide to think of some work, I could do. I learnt of medical transcription and found it was something I could do thanks to my background as a doctor. Of course there were frustrations along the way but by then I began to realise that I had a situation to face and it was up to me to handle the same or sit and feel angry. Working around it, seemed more logical and a little less frustratingŌĆ£ My college mate Dr Dinesh Jain - now a trustee of Sarthak - was a great source of strength through the long ordeal during which I tried my hand at many things - teaching at AIIMS, Dental Equipment business, medical transcription et all.

One day, a thought dawned on me. ŌĆ£WerenŌĆÖt there, many others like me grappling with many disabilities? I had some kind of financial backup, several others didnŌĆÖt. CouldnŌĆÖt I help a few others pick up what I was doing? People gave them charity, some even trained them but no one empowered them by finding sustainable jobsŌĆØ.

That thought was the birth of Sarthak Educational Trust. After he trained a few visually impaired who were taught medical transcription and they found work, Dr Aggarwal felt the happiness he hadnŌĆÖt in years. It was a high. Soon he decided to turn part of his wifeŌĆÖs clinic into a training center. This was in 2008. Today, Sarthak has a full-fledged office in Delhi, 23 other training centres all over India, has placed 23,450 Divyangs so far and trained 34,300. A three month course helps individuals with various disabilities pick up life skills and be market ready.

Of course it was not an easy journey but Dr Aggarwal thrives on these challenges. ŌĆ£When you know you are helping someone become self supportive and lead a life of dignity, there is no better feelingŌĆØ, he says. Along the way, many individuals helped him; Ranjan Chopra generously gave hired office space, Sandeep Bhargava got him a grant from Nokia, Tech Mahindra sponsored the first Skill Development Centre, ITCŌĆÖs Niranjan Khatri and MDIŌĆÖs Neelu Bhullar constantly gave great advice and the latter also introduced him to Management Guru Dr Athreya who has been regularly mentoring Sarthak since 2010. Later NSDC, Capgemini, The Hans Foundation, Credit Suisse and many others came forward with handsome grants for more and more centres.

What also drives him is the change in attitudes he has seen over time. "We have placed a number of youngsters at five star hotels, besides a number of leading MNCS, restaurants and retails spaces. Not because these organisations are doing charity but because they actually feel that these youngsters have skill sets that they need and that they are so much more dedicated to their jobs. This dedication stems from the faith that these companies have shown in their capabilities and given them a chance to be financially independent. It is a mutually satisfying association.ŌĆØ

An active cricketer and movie buff at one time, Jitender Aggarwal now uses his spare time - if at all - visiting temples wherever he travels; he has an unshakable faith in "Ishwar Kripa".

Goal No. 3 - Ensure Healthy Lives and promote well-being for all at all ages

Goal No. 4 - Ensure inclusive and equitable quality education for all

Goal No. 8 - Promote sustained, inclusive and sustainable economic growth, full and productive employment and decent work for all 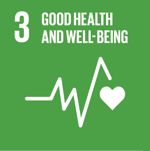 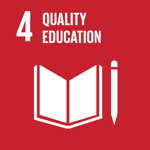 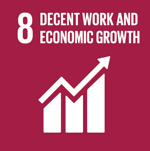 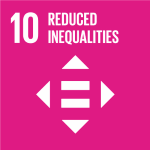