Donate in memory of your loved one

Donate in memory of
your loved one

In India, the population with disabilities is around 26.8 million, constituting 2.21% of India’s total population (Census 2011). However, World Bank data proposes the number between 40 to 80 million. But despite the discrepancy between the numbers it is very clear that PwDs constitute a significant part of Indian Population. Further, disability results from the interaction between persons with impairments and attitudinal and environmental barriers that hinders their full and effective participation in society on an equal basis with others (United Nations Conventions on the Rights of Persons with Disabilities).

Thus, on the one hand we have increasing number of PwDs and on the other paucity of resources to ensure their inclusion. And, in such a scenario a solution is required to cater both the needs of providing requisite intervention and support system to PwDs and to equip change makers and accommodate environment and social system as more accessible and inclusive.

Be a changemaker in a life of a Person with Disability: 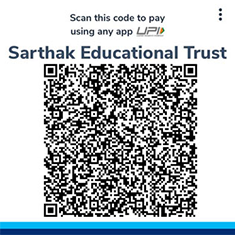 For any further information feel free to email us at: abhishek.sandhir@sarthakuk.org or bhavna.malhotra@sarthakindia.org

In India, cost of training and placement of a Persons with Disability for a month is £55 . Please donate generously to touch many lives.